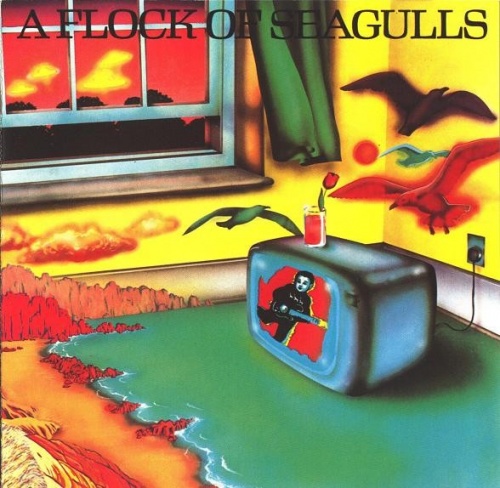 The Liverpool quintet A Flock of Seagulls first gained attention in the dance clubs with "Telecommunication," included on this debut release. The band benefited from heavy play on MTV and quickly became known for their outrageous fashion and lead singer Mike Score's waterfall-like haircut. However, their self-titled debut is an enjoyable romp that was set apart from other synth-heavy acts of the time by Paul Reynolds' unique guitar style. The kinetic "I Ran (So Far Away)" became a video staple and a Top Ten radio hit. "A Space Age Love Song," with its synthesizer washes and echo-laden guitar, also managed to score at radio. The rest of the album consists of hyperactive melodies, synthesizer noodlings, and electronic drumming. The lyrics are forgettable. In fact, they rarely expand on the song titles, but its all great fun and a wonderful collection of new wave ear candy.