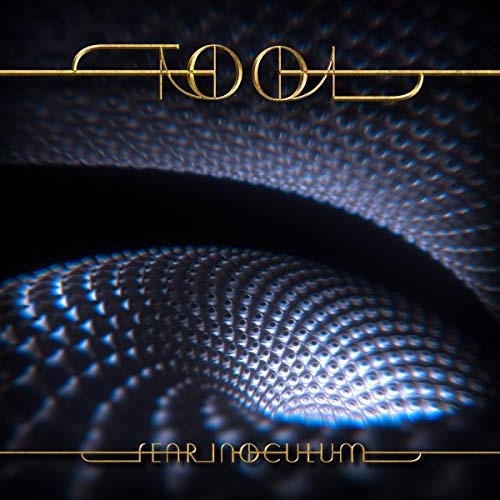 With almost 13 years and four months between releases -- an interminable wait for their devoted legion of fans -- enigmatic alt-metal band Tool finally returned at the end of summer 2019 with their long-awaited fifth album, Fear Inoculum. Clocking in at 80 minutes with just seven official tracks, this is less a straightforward rock record and more a mind-bending journey, borrowing a classical approach that trades traditional constructs heard on early radio staples like "Stinkfist" and "Sober" for something akin to movements within a symphony. Much like the directional shift that occurred around the time of 2001's Lateralus, Fear Inoculum expands on 10,000 Days' alternative, prog-metal jam band design while recapturing some of the excitement and freshness from their commercial peak during the Ænima/Lateralus years. Seamless arrangement and complex artistry set the album in typically ambitious territory for vocalist/lyricist Maynard James Keenan, guitarist Adam Jones, bassist Justin Chancellor, and percussion wizard Danny Carey, who are at the peak of their collective musicianship (Carey's instrumental drum showcase, "Chocolate Chip Trip," is simply on another level). Not surprisingly, after over a decade, the foursome have matured, presenting an older, wiser perspective born of a well-adjusted shift into the hard-won comforts of adulthood. Complex metaphors about sodomy, allusions to alien abductions, and sophomoric inside jokes have been set aside, resulting in serious ruminations on aging and their legacy ("Invincible"), as well as a vested interest in humanity's future ("Descending"). They cast away negativity on the hypnotic title track, a trance-like prayer to immunize against evil and those ills that might drag us down. Instead of lusting for an apocalyptic purge à la the misanthropic "Ænima," Keenan laments society's downhill trajectory on "Descending," flipping his usual script with a late-song twist that pleads for us to save ourselves before it's too late. Shunning the fatalistic on album highlight "Pneuma," he urges listeners to break free, liberate the titular spirit, and unite as one, while Jones, Chancellor, and Carey build the hulking track to a shiver-inducing close over the span of 12 minutes. While these track times are imposing (epic closer "7empest" is a whopping 15 minutes of elevated metal exploration), the thrill of the trip is so well executed and beautiful that constructs of time and space evaporate and help Fear Inoculum feel like a brisker listen than Lateralus or 10,000 Days. As with everything associated with Tool, fans will likely spend the next 13 years and four months dissecting the complex time signatures, layered lyrics, and the symbol-loaded album artwork, which are crucial aspects to the esoteric band's enduring appeal. Considering the long gap between albums, there was a lingering fear that they couldn't live up to their own hype or legacy. Fortunately, Tool managed to improve and perfect their sound even further, resulting in one of the strongest statements in their catalog. Whether 10,000 days or the actual 4,868, Fear Inoculum was well worth the wait.