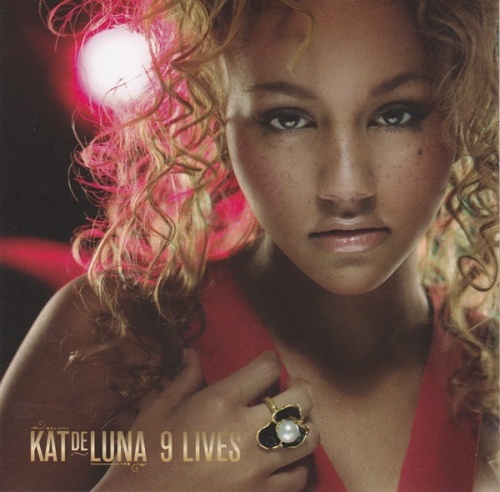 With four years of opera training behind her, it's clear that 19-year-old pop singer Kat DeLuna -- who was born in the Bronx, spent several years in Santo Domingo, and eventually returned to the U.S. -- wasn't signed merely on the basis of her looks and passable ability to carry a tune. Her debut, 9 Lives, features credible streaks of dancehall, Latin pop, Euro-pop, modern R&B, freestyle, and yes, (albeit to a much lesser extent) opera as well. To DeLuna (who co-wrote everything) and her producer RedOne's credit, the album never quite sounds calculated or unnatural. While appealing multicultural/genre-crossing pop is nothing new, and a few tracks here are boilerplate and lack bite, DeLuna's controlled exuberance, ability to adapt to numerous styles, and considerable vocal ability keep it all afloat. The week the album was released, "Whine Up," the dancehall-flavored lead single featuring Elephant Man, had already been on the Hot 100 chart for two months, and it's the album's definite center, though a handful of potential singles could break the mainstream pop singles chart while approaching the tops of the dance, R&B, and Latin charts. On the surface, it might seem like she's an exceptionally talented singer who happened to strike at the right time with the right sound, but the majority of 9 Lives makes it known that she should be around for some time.