Uncle Tupelo wasn't the first band to merge the soulful twang of country music with the passionate roar of punk rock (that honor would probably go to either the Meat Puppets, Jason & the Scorchers, or X), but in 1989 the Minutemen-meets-Gram Parson clatter of Uncle Tupelo's debut album, No Depression, took what some then called "cowpunk" in a new and decidedly different direction. From the start, Uncle Tupelo's music was smart, muscular, emotionally compelling, and played the punk and country sides of the band's musical personality for all the heartfelt sincerity that marked the best music of both genres -- and refused to make a joke out of either. Making music that people didn't simply enjoy, but believed in, Uncle Tupelo was the sort of band that attracted an unusually devoted fan following, and while it's inaccurate to trace the entire 1990s "alt-country" movement back to the group, one could certainly argue that Uncle Tupelo was as crucial to that scene as Black Flag was to '80s punk. Though a combination of hard work, fine music, and setting a peerless example of honesty and integrity, Uncle Tupelo blazed a trail that dozens of other fine bands would follow. It's difficult to sum up a band as important as Uncle Tupelo -- and its four-album recording career -- with one 72-minute CD, and 89/93: An Anthology is hardly the final word on the group or its music, but it is a fine and thoughtfully compiled introduction to the band's work. 89/93: An Anthology features representative cuts from all four Uncle Tupelo albums -- No Depression, Still Feel Gone, March 16-20, 1992, and Anodyne -- as well as a few non-LP single sides, compilation tracks, demos, and live takes from radio broadcasts. The collection often favors the band's quieter, more contemplative side over the louder stuff (though there are plenty of high-octane rockers on hand, with the rare single "I Got Drunk" and a charging cover of the Stooges' "I Wanna Be Your Dog" especially notable), and while Jay Farrar's songwriting tended to dominate the group's albums, this compilation strives to give equal time to his then-partner Jeff Tweedy, most likely to make the disc equally appealing to new fans of Son Volt and Wilco, Farrar and Tweedy's post-UT groups. But while longtime fans are the most likely to quibble about what is or isn't on 89/93: An Anthology, the truth is you could hardly ask for a better beginner's guide to Uncle Tupelo and its music -- the best-known tunes are all here, the sequence gracefully replicates the arc of the band's career, the hard-to-find single tracks and unreleased tunes give even loyal fans something new and interesting, and whether picking quietly on the front porch or bashing their Les Pauls into submission, Uncle Tupelo serves up powerful, timeless, and joyous music on each of these 21 cuts. A splendid trip down memory lane for those who were there and a revelation for the uninitiated, 89/93: An Anthology offers tangible proof that Uncle Tupelo was a group that truly mattered -- and still matters nearly a decade after the bandmembers called it a day. 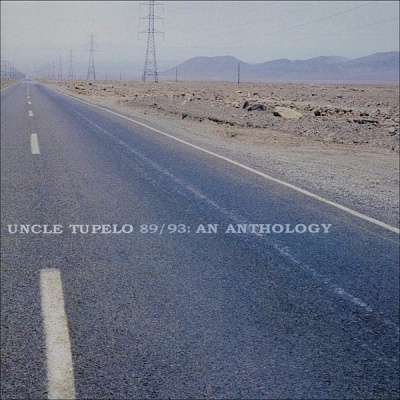