45 RPM: The Singles of The The Review

Matt Johnson's idiosyncratic series of records has been matched over time with an equally in-its-own-place collection of singles, and 45 RPM is a handy and sometimes revelatory compilation of many of Johnson's best moments in his various incarnations. Much of his music can be seen as both of its time and blatantly reacting against it, often resulting in a fascinating tension that at its best is really distinct music and at its worst can be flailing. Generally speaking it's more the former here, though some songs like "Sweet Bird of Truth," with its all too stiff yupfunk undercarriage not quite letting Johnson's snarling vocal work as it should, don't connect. The highlights, though, are predominant -- the almost winsome jangle of "Uncertain Smile," the vicious lust/AIDS metaphor "Infected," the snarling jump and jaunt of "Armageddon Days (Are Here Again)," and Johnson's most underrated single, "Love Is Stronger Than Death," are four standouts among many. His Hank Williams tribute is only represented by "I Saw the Light," but that alone has to rank as one of the most unique and yet still honestly affectionate covers of that song yet. Both "Uncertain Smile" and the sparkling but still harrowing "Perfect" are the original single cuts, while "This Is the Day" comes from the Disinfected EP and three closing cuts -- an alternate "December Sunlight," "Pillar Box Red," and "Deep Down Truth" -- appear for the first time. The limited-edition two-disc version is the one to hunt down thanks to the contents of that second disc -- eight remixes of various singles (including a couple not on the main disc itself, like "Gravitate to Me"). As good as "Infected" is, it's the 12" version that's the real monster. About the only misstep is the lack of anything from the debut Burning Blue Soul, but hopefully a planned second volume will cover that among other things. 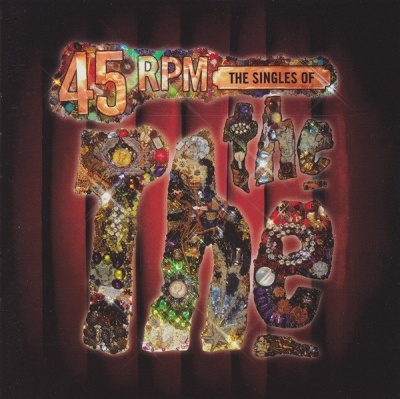 The The Discography Browser

45 RPM: The Singles of The The Album Information