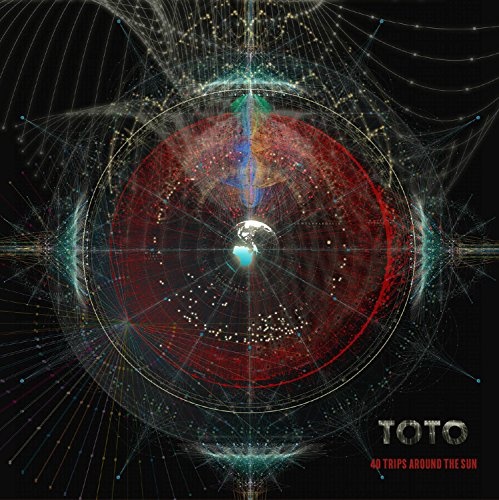 Toto celebrated their 40th anniversary with 40 Trips Around the Sun, a 17-track journey through the past buttressed by three unheard tracks. Toto decide to bury the big hits toward the end of 40 Trips Around the Sun -- the last four tracks are "Hold the Line," "Georgy Porgy," "Rosanna," and "Africa" -- which forces attention on the brand-new "Alone" and the 1984 outtake "Spanish Sea," both tracks that highlight their chops and hint at their proggier side. They keep pushing their hard side with "I'll Supply the Love," which winds up giving way to the smooth surfaces of "I'll Be Over You," but by that time the point has been made: Toto have shown they're not just an adult contemporary hit machine; they're a rock band. As such, 40 Trips may be more representative of the totality of Toto, but fans of the easy-rolling yacht rock hits may want to stick to the smoother waters of 1990's Past to Present 1977-1990 or 1995's Best Ballads.