Beyoncé reportedly delivered over 70 songs to Columbia for her fourth solo studio album. The dozen that made the cut, combined with their sequencing, make it plain that straightforward crossover-dance singles and cohesion were not priorities. Taking it in at once is mystifying, even when little attention is paid to the lyrics. The opening “1+1,” a sparse and placid vocal showcase, fades in with a somber guitar line, throws up occasional and brief spikes in energy, and slowly recedes. It’s the kind of song one would expect to hear during an album’s second half, certainly not as the opener -- not with the (fittingly) slight sonics and heavy lines like “Just when I ball up my fist, I realize I’m laying right next to you, baby.” Three additional ballads follow. Each one features its own set of collaborators and contrasts both sonically and lyrically. “I Care” rolls in on pensive percussion and low-profile synthesizer drones, surging during a cathartic chorus. “I Miss You,” alluringly bleak and hushed, is a codependent confessional. The only one that’s rote, “Best Thing I Never Had” is a bombastic kiss-off saved by Beyoncé’s ability to plow through it. From there, the album restlessly bounces between tempos and moods: a desperate midtempo chest thumper, a couple cyborg marching-band dancefloor tracks, an ecstatic early-‘90s throwback, yet more ballads. What’s most surprising is that a song titled “Party,” co-produced by Kanye West with a guest verse from André 3000, quickly settles into a low-watt groove and remains there. Wildcard interludes and a Euro-pop party-anthem cash-in would be the only ways to make the album more scattered, but the strength of most of the material, propelled by Beyoncé’s characteristically acrobatic vocal skills, eases the trouble of sifting through the disjointed assortment. No one but one of the most talented and accomplished singers -- one with 16 Grammys, nothing left to prove, and every desired collaborator at her disposal -- could have made this album. 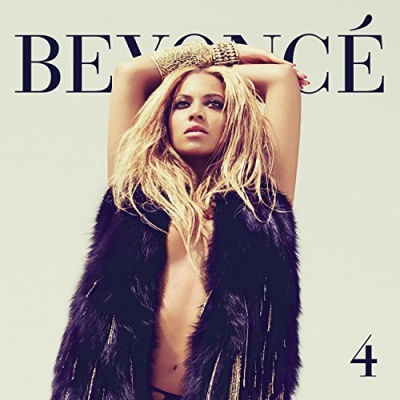