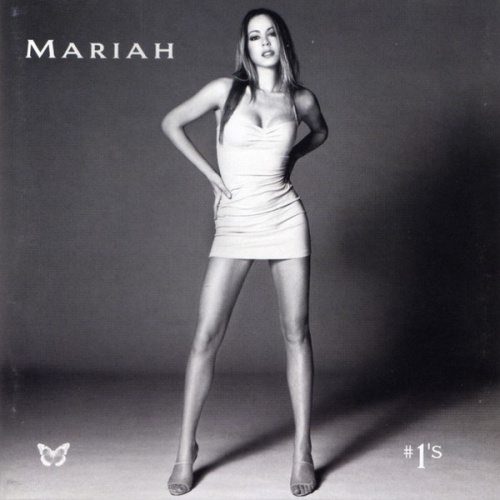 Protest as she may -- and she does, claiming in the liner notes that #1's is "not a greatest hits album! It's too soon, I haven't been recording long enough for that!" -- it's hard to view #1's, Mariah Carey's first compilation, as anything other than a greatest-hits album. Carey was fortunate enough to have nearly every single she released top the pop charts. Between 1990's "Vision of Love" and 1998's "My All," all but four commercially released singles ("Anytime You Need a Friend," "Can't Let Go," "Make It Happen," "Without You") hit number one, with only a handful of radio-only singles ("Butterfly," "Breakdown") making the airwaves, not the charts. That leaves 12 big hits on #1's, all number ones. Since Carey's singles always dominated her albums, it comes as no surprise that #1's is her best, most consistent album, filled with songs that represent state-of-the-art '90s adult contemporary and pop-oriented urban soul. That said, it isn't a perfect overview -- a couple of good singles are missing because of the self-imposed "#1 rule"; plus, the Ol' Dirty Bastard mix of "Fantasy" is strong, but fans familiar with the radio single will be disappointed that the chorus is completely missing on this version. The album is also padded with a personal favorite (her Brian McKnight duet "Whenever You Call," taken from Butterfly) and three new songs -- the Jermaine Dupri-produced "Sweetheart," the Whitney Houston duet "When You Believe" (taken from The Prince of Egypt soundtrack), and "I Still Believe," a remake of a Brenda K. Starr tune -- which are all fine, but not particularly memorable. Still, that's hardly enough to bring down a thoroughly entertaining compilation that will stand as her best record until the "official" hits collection is released.