Dinah Shore first began making waves in the late 1930s, and she remained in the public spotlight as a beloved symbol of Americana until her passing in 1994. Every medium, from records and radio, to movies and television, was her oyster. There is a magic nostalgia within her silken crooning; it finds perfect expression in romantic roundelays and wistful torch songs, as contained on this best-of CD.

Her talents as a songbird with Xavier Cugat's orchestra are evident in her solo hit, "All That Glitters." Shore's mellifluous tones are a perfect foil for the sprightly Latin rhythms. Each of these songs benefits from her warmth and sensitivity. Though none of these are blues songs, her stint with the "Chamber Music of Lower Basin Street" in the early 1940s trained her well. This is evidenced in the sultry soul she projects, most notably in "The Gentleman Is a Dope." 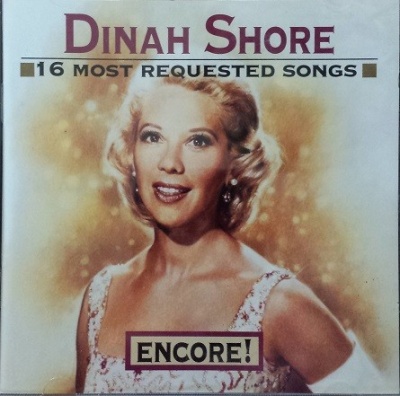