R. Kelly's debut album with Public Announcement from a year earlier, Born into the 90s, had been a fine new jack swing album, but it hardly foreshadowed the astonishing heights the all-around amazing producer/songwriter/singer summits on 12 Play, a likewise all-around amazing album with a little bit of something for everyone. There are a couple moments on 12 Play that are reminiscent of Born Into the 90s, specifically the sung-rapped ones: "Freak Dat Body" and "Back to the Hood of Things." These tend to be the least interesting of the 12 songs here, however, and their intermittent, mid-album sequencing is perhaps no coincidence. Rather, it's the swooning balladry of "Honey Love," a late-album gem from Born Into the 90s, that Kelly reprises to great success throughout 12 Play. The decision to do away with Public Announcement for the most part here is a wise one, as Kelly seems to have a real gift for late-night come-ons as well as elaborately produced musical accompaniment that's similarly alluring, as evidenced on the album-opening "Your Body's Callin'." This gentle song's inescapable pleading is then followed by another absolutely brilliant four minutes of tantalization, "Bump n' Grind," which eases in some throbbing beats to perhaps nudge up the intensity level a bit. From here, Kelly changes positions often, lightening up the mood a bit on songs like "It Seems Like Your Ready" and "For You" that seem intended for the slow-to-warm while also getting a bit nasty on songs like "Freak Dat Body" and "Summer Bunnies" that seem intended for the fast-and-wild. He then returns to pure brilliance for the album's final climax: the breathless, 12-minute "Sex Me" and the lovely album-closing title track. What's most wonderful about 12 Play isn't Kelly's mostly dreamy, occasionally dirty, always enrapturing rhetoric, nor his likewise arousing mood music; rather, it's his precise ability to tie them together so perfectly. This guy really is a genius, and no matter whether you find him fantastic or perverse, you have to marvel at his ability to do everything so masterfully. 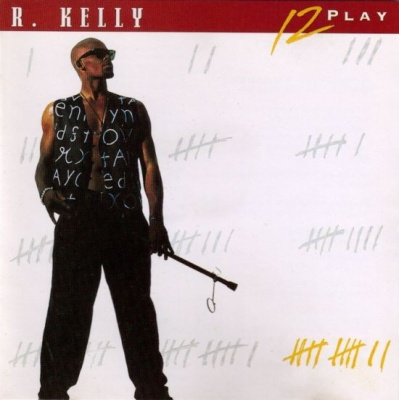