Keyshia Cole fans saw to it that Point of No Return continued the unguarded singer and songwriter's streak of Top Ten Billboard 200 hits, but not one of its singles registered on the R&B/hip-hop chart. (Each one of Cole's previous five albums featured at least two charting singles.) News that Cole changed labels, from Interscope to Epic, therefore wasn't a surprise. 11:11 Reset, her first release for Epic and seventh overall, handily tops the 2014 set with comparatively nuanced and richer songs. They ultimately beget a fluidity the first six full-lengths lack. As ever, Cole's love life is marked by volatility and unfaithfulness, a matter that informs lead single "You," as in "You just played me for the last time," with a supportive verse from longtime friend Remy Ma. Cole shuns the cheater, cuts ties, consoles and assures herself, and lays out her expectations for settling down -- all familiar ground for the artist. She nonetheless finds new ways to cover most of it, and does so with a level of restraint that makes her maximum-effort moments all the more powerful. Save for Remy and Kamaiyah, the featured guests, including DJ Khaled in soundboard-like form, are unnecessary. 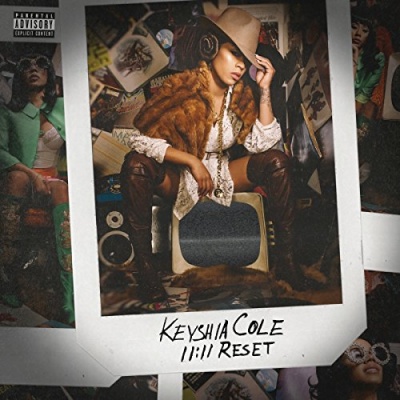