In an age where major labels dictate that new releases from bands appear on record store shelves every 18 months or so, rare is the artist given freedom and ability to reflect and stretch out to explore creative evolution and release music as an artist, rather than the prepackaged predictability of an entertainer. Thankfully, Tool has somehow managed to circumvent these rituals, releasing a record every four to five years as they so feel the need. This ability to patiently craft their musical direction has paid off for not only the band, but for listeners, as they've been able to expand their musical vocabulary from album to album with great precision, all the while remaining true to the foundations that built such a loyal, if not cult-like, following. But with this absence comes changes to the popular music landscape, as new bands and sounds (as well as a new generation of heavy metal fans to entertain) replace and stimulate the charts. Namely: a lot can happen in five years, especially with a fickle rock audience that is overinundated with constant new bands' songs. The group defied expectations (and even got radio airplay) with Lateralus, but would fans stick with them during the hiatus? There were moments when Maynard James Keenan would emerge courtesy of A Perfect Circle, and there were also several stunning video DVDs to pacify while 10,000 Days was being written, along with cryptic messages via their website, but that was about it.

Thankfully, 10,000 Days was worth the labor pains and wait to deliver. It's not only a step forward for the band, but a re-embracing of the epic-length rock songs found at the roots of early heavy metal. The album starts out with "Vicarious," which features some of Maynard's most straightforward lyrics since Ænema's "Hooker with a Penis." Essentially a biting commentary on reality television, information stimulus overload, and living through others' experiences, it's only a brief glimpse of what's to come, as 10,000 Days also offers some of Keenan's most confessional lyrics. The 17-minute epic "Wings for Marie/10,000 Days" is an ode to his mother, who passed away during the band's hiatus after dealing with paralysis from a stroke for 27 years. In a way, it's voyeuristic to listen to someone working out family issues on disc, but Keenan does it in a way that's sensitive and honest without ever treading the careful line between melodrama and sincerity. Most of the songs are a bit long in the tooth when compared to most metal songs these days, but then again, Tool isn't exactly just another band, either. With most songs clocking in over six minutes, the exercises in songwriting wouldn't work as well with any other band. But when you have such high-caliber musicianship as Danny Carey and Adam Jones anchoring drums and guitar, respectively, it's hard to make a wrong turn. The anger that served as fuel for some of their greatest works has been replaced with calmer and more introspective moments as they patiently work out rhythm and melodic passages from one theme to the next. That's not to say the anger isn't still there; it does check in from song to song, but like most of Tool's fan base that has stuck with them through their first recordings, the group has evolved beyond that stage and has moved on to new concepts to explore. So depending upon which Tool you are looking for, you're either going to love or hate 10,000 Days. If it's the hard-driving band with an intellectually driven existential anger and fits of Hot Topic-laden angst, they've fled for other pastures (probably to Arizona Bay). But if you're looking for the Tool whose passion and introspection is complemented by intense emotion, brutal honesty, and musical maturity, you'll be hard-pressed to find a better metal album in 2006. 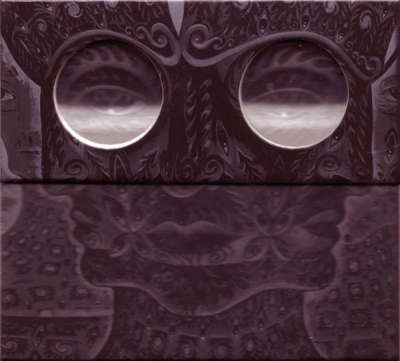