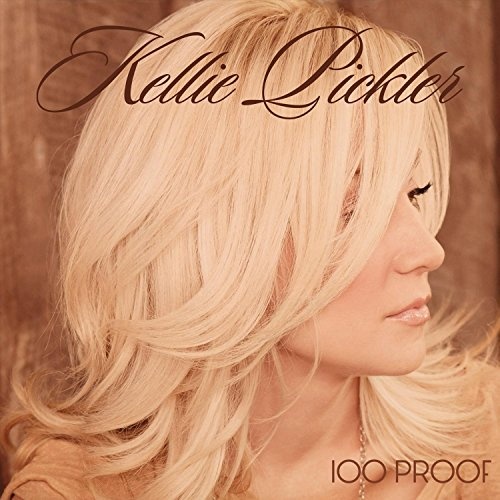 Girls Night Out Hanging Out Partying At the Office Open Road

It made some sense to gussy Kellie Pickler up as a genuine diva on her eponymous second album -- she's a reality star veteran after all -- but the makeover didn't quite stick. Too corny to truly seem glamorous and lacking the self-effacing panache of her idol Dolly Parton, Pickler came across as a girl dressing up in her big sister's clothes: charming enough at a glance, but the loose fit, not to mention the glue on the sequins, is all too apparent upon closer inspection. Kellie wisely puts the spangly threads away in the closet for her third album, 100 Proof. The title alone gives a good idea of what she's getting at here: she's serving the hard stuff, potent and straight, and it has a kick, one that hits harder than anything she's done before. A lot of this is due to the smart selection of producers -- Frank Liddell and Luke Wooten, the former instrumental in shepherding Miranda Lambert's transition from TV to respected recording star and now performing a similar feat here, stripping Kellie's music to its basics, emphasizing hard country over cornpone comedy. Pickler will never be mistaken for a gutsy brawler but she never adopts a crazy ex-girlfriend stance, either. She merely plays it clean and simple, sometimes adopting a heavy-handed twang but usually sounding comfortable in these down-home surroundings of Telecasters, steel guitars, and acoustic guitars. The back half of this tight 35-minute album drifts slightly into sleepy, pretty territory (the title track veering just a bit too close to pageantry) but curiously, this is where Pickler reigns in her vocal mannerisms, so they come across as heartfelt, while the purer honky tonk -- "Where's Tammy Wynette," "Unlock the Honky Tonk," "Stop Cheatin' on Me" -- resonates in a way her earlier records never suggested. In short, 100 Proof is the album where Kellie Pickler stops being a TV star and turns into a genuine recording artist: it's an album that's not just good when graded on a curve, but good by any measure.