Midnight Oil were already one of Australia's most popular bands when they made their American debut with 10, 9, 8, 7, 6, 5, 4, 3, 2, 1, and while some knowledge of the intelligent but physical hard rock of the group's first three albums might have made it a bit easier for U.S. audiences to swallow, 10, 9, 8... was a daunting first listen even for loyal fans. Blending an art rocker's sense of adventure and fondness for odd textures, a hard rocker's muscular force and love of power chords, and a peace punk's passion for an intelligent rant, Midnight Oil bore small resemblance to anyone on 10, 9, 8..., running from the dreamy but ominous "Outside World" and "Maralinga" to the bone-crushing fury of "Only the Strong" and "Somebody's Trying to Tell Me Something" while making a number of stops in between. Nick Launay's deliberately eccentric production made the most of the band's dramatically oddball approach (dig that panning! check out that drum sound!), and for an album that so often goes for the purposeful left turn, it's remarkably listenable and catchy, offering up one passionate anthem after another. The band's politics are both well considered and unapologetically upfront throughout, which probably didn't help much with sales in the United States, where dance singles traditionally don't feature the chant "Better to die on your feet than to live on your knees," and questioning American foreign policy is uncommon on Top Ten albums (the album stayed on the Aussie charts for over two years, and "Power and the Passion" was a major success on the singles chart). As catchy as the Easybeats, as sweaty and hard-hitting as Rose Tattoo, and lots smarter than either, Midnight Oil were among the finest bands to emerge from Australia during the 1980s, and 10, 9, 8, 7, 6, 5, 4, 3, 2, 1 was their first undeniably great album and still ranks with their very best. 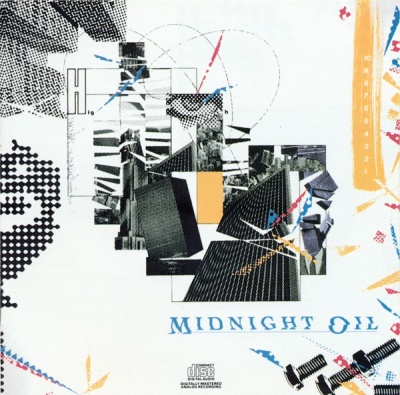