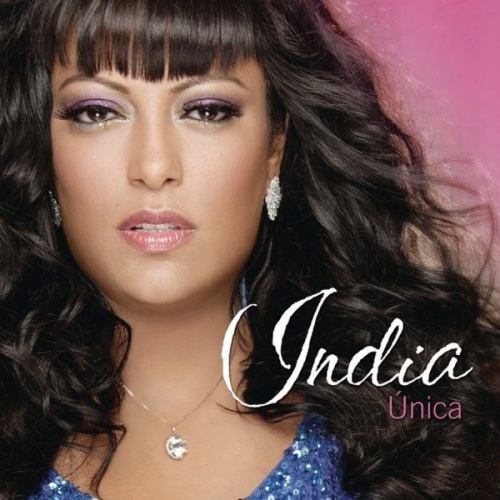 Putting reggaeton aside for the moment, India’s Unica is a return to the sound of her breakthrough effort, 1994’s Dicen Que Soy. That sound is, of course, salsa. Partly responsible for this is the return of that album's producer, Sergio George, but Unica shouldn’t be approached as some overly calculated, back-to-basics effort as the singer squanders none of the life experience she gained in the previous six years. Her voice is rich with emotion as a once merely powerful delivery evolves into something more triumphant and learned, as if every high and low of her life had been fully absorbed for the sake of song. No surprise, then, that bittersweet is the album’s overriding emotion, something made plain and clear by the singer’s opening take on the Charlie Chaplin standard “Smile,” a brilliant choice when you find her performance is dedicated to Michael Jackson. Lead-off single “Estúpida” is another towering highlight, as is the singer’s gutsy take on the Teddy Pendergrass hit “Turn off the Lights,” which is as steamy as fans would hope. Another cover, Roy Orbison’s “Crying,” plus a ballad version of “Estúpida” help carry the album’s bittersweet theme through to the end, and if you check the liner notes, you’ll see the whole poignant affair is dedicated to the late RMM Records boss and Latin American music promoter Ralph Mercado. Prepare for some heart-wrenching material, but if you want to know if the reigning salsa diva of 1994 has aged gracefully, the answer is better than you ever imagined.