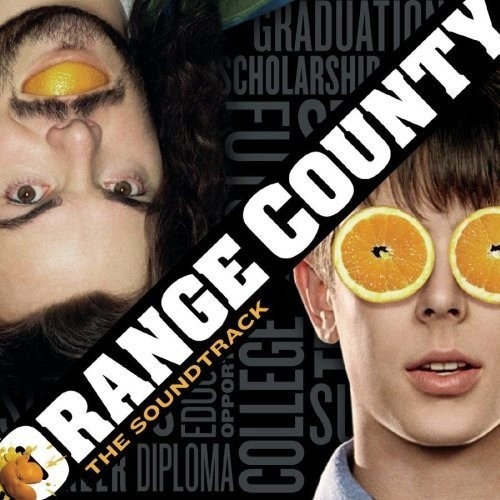 Orange County tries to achieve a fairly lofty goal: the album is not only the soundtrack to the movie but is supposed to be a soundtrack (of sorts) to the namesake California suburb. Much of this music seems to capture the feel of the area, but at times it also reflects how bad the music associated with that scene can be. The band who belongs here the most is the Offspring; as locals of the area they contribute a strong original composition that could have appeared on one of their first two albums, "Defy You." 12 Rods have a great riff to back up "Glad That It's Over," even if the song is overlong. Quarashi has the same scenario, except their song stays interesting because of the excellent vocals that alternate between an At the Drive-In-style rage and a deep, Everlast-like coolness. But the post-Sugar Ray vibe of Bad Ronald's terrible "1st Time" is a reminder of how bad this teen-friendly pop can be. The song is incredibly catchy, simplistic, and packed with every sort of sample and musical flourish imaginable, and still falls completely flat. Brian Wilson's "Lay Down Burden" and "Love and Mercy" are probably the two best songs here; they may not fit into the cookie-cutter alternative format, but they feel much more like California than anything Crazy Town has to offer. And Cake and Pete Yorn stick out with excellent songs that do not gel with the rest of the material on the album, making this hard to listen to in order. Basically, the soundtrack never quite gets off the ground because of the bad track order and uneven selections, but this is the norm with these goofy teen comedy soundtracks, so no one should be that surprised. [Certain copies of the disc come with an extra CD of music from Zebrahead, Riddlin' Kids, Ill Kidd, and the Ataris.]